The Chief Stewardess on Bravo was arrested after her girlfriend went to work with bruising on her arm which led to a domestic violence investigation. According to police, the 33-year-old “seality” TV star bit her drunk girlfriend, placed a knee on her head, choked her, and tried to stop her from breathing, TMZ reported.

Chastain was released from the Brevard County Jail the next day on a $5,000 bond.

Co-star Captain Lee tweeted that he was shocked by the news and that he wouldn’t “rush to judge, nor will I ignore the facts when I actually do find out what they are. You guys probably know more than I do, but I am stunned.”

rush to judge, nor will I ignore the facts when I actually find out what they are. You guys probably know more than I do, but I am stunned.

Ok, peeps, I have not spoken to Kate and really am shocked by what I’m seeing. I really just found out about it a few ago and am not going 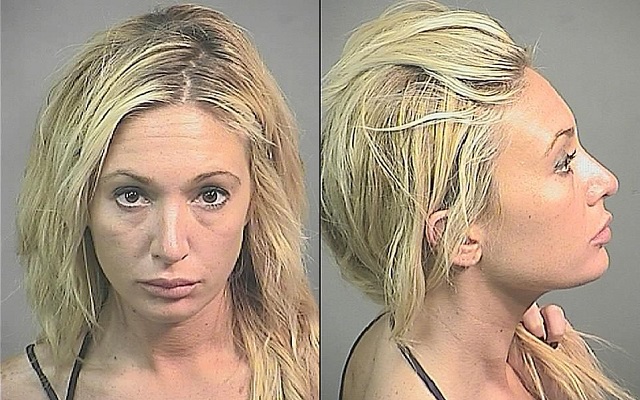 This wasn’t Kate’s first run-in with the law, whose legal name is Kathryn Chastain. According to Brevard County Clerk of Court records, she was arrested for an out-of-county warrant back in 2011.

Kate was also arrested in West Palm Beach for DUI and possession of a controlled substance without a prescription in 2010, according to starcasm.com.