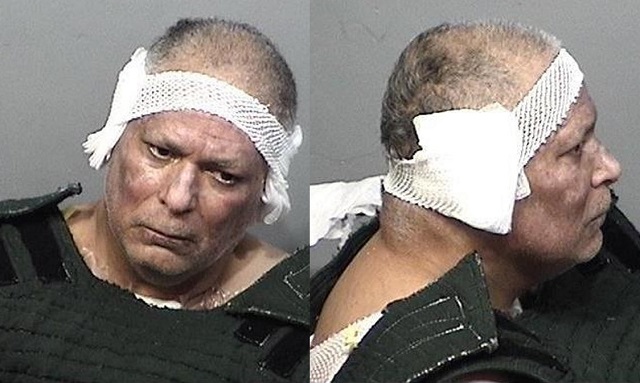 SHARPES, Florida – Edgard Fuentes, who was charged in the the double homicide of his estranged wife and step-son, was found dead from a suspected suicide in the Brevard County Jail.
65-year-old Fuentes was found dead at the Brevard County Jail shortly after midnight on Saturday, January 20, 2018.
He was being held on First Degree Premeditated Murder charges stemming from a fire in Palm Bay, Florida that occurred on January 11, 2017, which killed his estranged wife, 61-year-old Daisy Tapia, and his step-son, 32-year-old Erik Montes.
Sheriff’s investigators say that Fuentes was housed in general population with a single cellmate. His cellmate left the cell for approximately 15 minutes on the morning of January 20, 2015.
Upon returning to the cell, the cellmate observed Fuentes slumped forward with a sheet around his neck that was attached to the bed frame.
The cellmate immediately alerted corrections deputies who responded to the cell and attempted to revive Fuentes without success.
Fuentes left notes concerning his intentions for final arrangements and belongings.