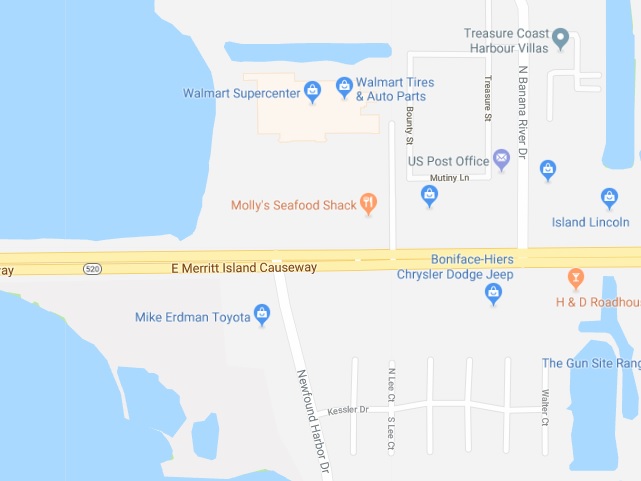 MERRITT ISLAND, Florida – A pedestrian was struck and killed Friday night while attempting to cross State Road 520 near the intersection of Newfound Harbor Drive in Merritt Island, Florida.
Around 8:40 p.m. on February 9, 2017, 55-year-old Richard Gyomber of Weaver, Alabama, was attempting to cross State Road 520 from north to south.
Meanwhile, 24-year-old Vanessa Suarez of Merritt Island, Florida, was driving a 2012 Nissan when the front of the vehicle struck the pedestrian.
Suarez was wearing her seat belt at the time of the crash and alcohol was not a factor in the accident, according to FHP reports.
Gyomber was transported to Cape Canaveral Hospital in Cocoa Beach, Florida.

Body Discovered Off U.S. 1 In Mims