NEW YORK,  New York – NOAA’s National Hurricane Center issued a Public Advisory at 8 a.m. Eastern Daylight Time on Tuesday, August 4, 2020, due to the presence of Tropical Storm Isaias that is forecast to track near or over New Jersey and then New York.

Isaias is located about 15 miles south-southeast of Tappahannock, Virginia, and is moving to the north-northeast at 33 mph (54 km/h).

NHC forecasters say that this general motion accompanied by some additional increase in forward speed is expected through today.

On the forecast track, the center of Isaias will continue to move near or along the coast of the mid-Atlantic states today, and move across the northeastern United States into southern Canada tonight.

The new NHC track forecast is just an update and extension of the previous advisory track and lies very close to a blend of the tightly packed multi-model consensus aids TVCA, GFEX, TVCX, and NOAA-HCCA.

Isaias is a tropical storm on the Saffir-Simpson Wind Scale with maximum sustained winds of 70 mph (110 km/h), with higher gusts.

Tropical-storm-force winds extend outward up to 140 miles (220 km) from the center of the tropical cyclone.

Only gradual weakening is anticipated while Isaias moves north-northeastward near the mid-Atlantic coast today.

A faster rate of weakening is expected to begin tonight, and the system is forecast to become post-tropical tonight or early Wednesday.

A Storm Surge Warning is in effect from Ocracoke Inlet, North Carolina to the North Carolina/Virginia border, and Pamlico and Albemarle Sounds.

A Storm Surge Warning means there is a danger of life-threatening inundation, from rising water moving inland from the coastline during the next 36 hours.

NOAA forecasts an ‘above-normal’ 2020 Atlantic Hurricane Season which runs from June 1 through November 30. 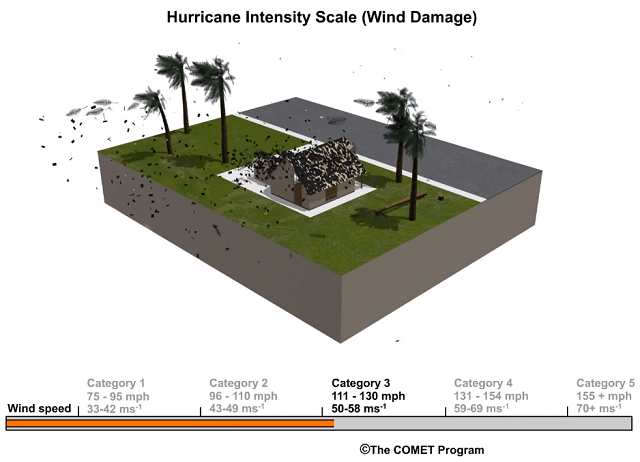