MIAMI, Florida — Small dust particles from sand storms in the African Sahara that are making their way across the Atlantic Ocean toward the Caribbean and South Florida this week could signal fewer hurricanes during the 2012 Hurricane Season.
NOAA researchers are finding that Saharan dust storms containing tiny specks of dust are linked to suppressed hurricane activity in the Atlantic.  Because the dust particles are so small — often less than 0.002 mm across — they can remain aloft for days as they ride global rivers of air.  Larger sand grains don’t get airborne as often or for as long, but they can be pushed along the ground by the wind or washed away by water erosion.  Dust clouds cross the Atlantic Ocean and reach the Caribbean and the Americas in about 5 to 7 days.
Jason Dunion, a hurricane researcher at the NOAA Atlantic Oceanographic and Meteorological Laboratory’s Hurricane Research Division in Miami, Florida, and his colleagues at the University of Wisconsin-Madison, studied the past 25 years of satellite data prior to 2006.  They found that during times of intense hurricane activity, the large clouds of dust that periodically blow westward from the Saharan Desert are relatively scarce.  In years when there were fewer hurricanes, the dust storms were stronger and tended to spread over much of the Atlantic and Caribbean Sea.
“The research conducted by Dunion and his colleagues is improving our understanding of hurricanes and what affects their behavior,” said retired Navy Vice Adm. Conrad Lautenbacher, Ph.D., undersecretary of commerce for oceans and atmosphere and NOAA administrator. “This is another example of how NOAA’s research provides value to society. This work will provide another data point used to make better forecasts and warnings, which translates into saving lives and protecting property.”
“This research is still in its infancy, but the results of this most recent study are very encouraging,” Dunion said. It represents the first long-term analysis of the relationship between Saharan dust storms and hurricanes and supports our previous hypotheses that these dust storms tend to suppress hurricane formation.”
In 2002, Dunion developed a technique for detecting the large dust clouds using special infrared imagery from the NOAA GOES satellites. Since then, Dunion and his colleagues have been looking at the large dust clouds and their possible effect on hurricanes.
Image above: Animation of a 2001 dust cloud crossing the Atlantic Ocean. Credit: NASA
Information Sources: NOAA / NASA 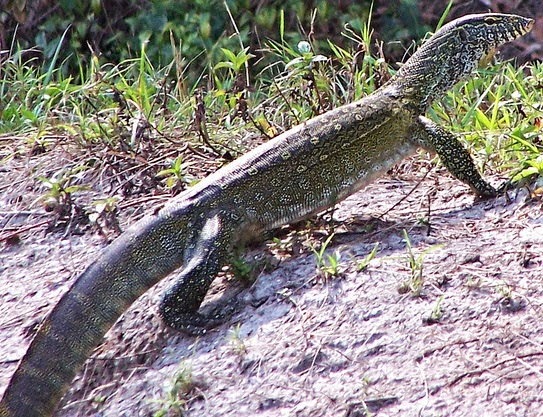 Mosquitoes Remember Human Smells And Who Swatted At Them